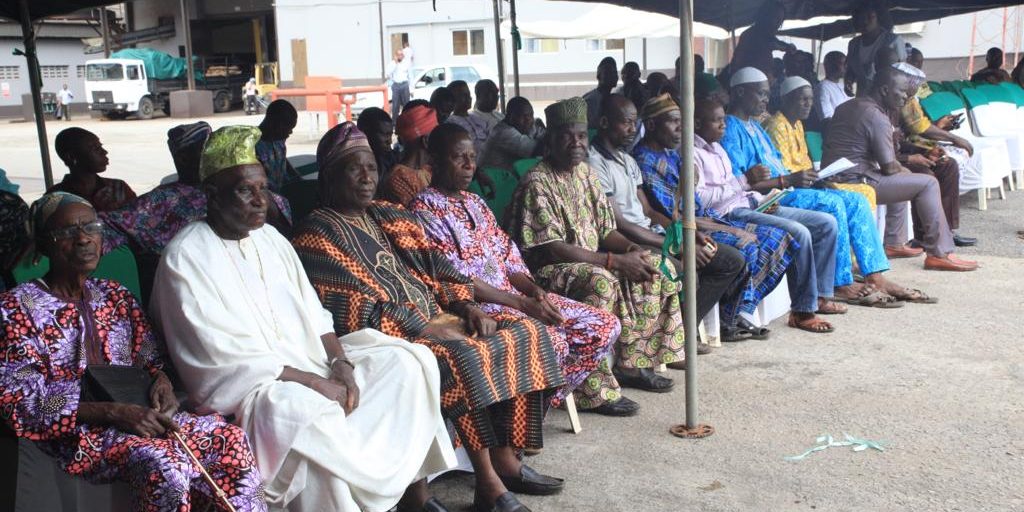 *Agro Traders Limited gets support to export 22,000 MT of cocoa

As part of the plan, the Nigerian Export-Import Bank (NEXIM) and UBA are financing the purchase, storage, processing and export of 22,000 metric tons of cocoa beans. The business between the four parties also supports thousands of smallholder cocoa farmers who supply Agro Traders with a guaranteed offtake market for their produce every year.

Also playing a starring role in the deal is NIRSAL’s Credit Risk Guarantee (CRG), drawn from its Risk Sharing Pillar – a mechanism that gives comfort to banks and other providers of finance to increase their lending to agriculture and agribusiness.

This is in line with the global trend where governments – through their central banks – use blended finance to drive the development of slow but crucial sectors of the economy.

It will be recalled that a year ago, NIRSAL signed a Master Agreement with NEXIM Bank for opportunities like this in the Agricultural Value Chain. By this transaction, therefore, NIRSAL continues to facilitate the flow of finance and investments into fixed Agricultural Value Chains, empowering smallholder farmers, and building long term capacities amongst value chain actors, while NEXIM is fulfilling its objective of boosting exports.

While proposing similar collaborations with specific development finance institutions that have mutual objectives, NIRSAL is wooing all commercial banks to open up their balance sheets to agriculture. The call is made with the assurance that the NIRSAL CRG would secure substantial parts of bank loans to agriculture and that its comprehensive risk management framework would forestall defaults. It is a call that banks like UBA are heeding.

Speaking during a tour Agro Traders factory in Akure, NIRSAL’s Managing Director/CEO, Mr. Aliyu Abdulhameed recalled that NIRSAL also covered Agro Traders’ N1Billion facility granted by UBA in 2017 for a period of 12 months. Due to the company’s diligence in loan repayment, it was issued an Interest Drawback totaling N8.9Million which went a long way in reducing the cost of the fund.

This time around, NEXIM’s 9% interest rate, together with NIRSAL’s 50% CRG cover, present an even more attractive financing proposition for the cocoa beans processing company. Said Abdulhameed: “We are happy to use Agro Traders Ltd as an example to other Agro-allied companies on how they can grow their agribusinesses with NIRSAL’s support.”

Present to welcome the NIRSAL team were the Managing Director of Agro Traders Ltd, Mr. Kunle Ayoade, and members of his Management team, Mr. Folarin Tiamiyu, Regional Head, NEXIM Bank, Akure, as well as staff of NIRSAL’s Project Monitoring, Reporting and Remediation Office (PMRO) in Ondo. NIRSAL’s PMROs are located
in all states of the Federation and the FCT specifically to provide round-the-clock monitoring of NIRSAL-supported projects to ensure that they perform well and meet the expectations of all stakeholders.

On his part, Mr. Kunle Ayoade commended NIRSAL for its unique role in supporting serious-minded business firms whose operations are contributing to Nigeria’s quest for economic recovery, growth, and diversification.

He pledged to continue to deal fairly with the smallholder farmers who supply his inventory which is highly sought after across Europe, especially in Germany and the Netherlands. He acknowledged that NIRSAL has made sourcing finance for agribusiness easier and at more competitive interest rates. He recommended NIRSAL’s products to similar firms
looking to boost their operations.

Speaking for NEXIM Bank, Mr. Folarin Tiamiyu restated the Bank’s commitment to supporting exports, especially of agricultural produce, to boost Nigeria’s FOREX earnings and aid the diversification of the economy. For this reason, he said, NEXIM Bank signed a partnership agreement with NIRSAL to extract NEXIM-type businesses from NIRSAL’s till of innovative agribusiness products.

NIRSAL adopts a value chain fixing approach in facilitating finance and investments for agribusiness. The seamless flow of value through the four segments of the agricultural value chain, occasioned by “pull and push” signals from the Upstream segment, is a priority for the risk management company.

Through its Mapping-to-Market (M2M) strategy launched recently, NIRSAL is crowding actors from various value chains around the primary production of commodities. The Upstream segment pulls input materials and mechanization from the Pre-upstream segment and pushes out produce to the Midstream segment and onwards to the Downstream.

Accordingly, Agro Traders’ business in the Midstream segment of the Cocoa value chain provides opportunities for the preceding value chain segments. As often said by NIRSAL’s Managing Director/CEO, smallholder farmers, who
constitute over 80% of Nigeria’s farming population, are NIRSAL’s primary constituency. Agro Traders’ business, therefore, takes on heightened importance because of the 17,000 smallholder farmers that have been supported by the offtake market that the Midstream company provides, and the 2,000 farmers scheduled to supply cocoa beans for this year’s export.

Over the last two years, Agro Traders’ activities in the Cocoa value chain – with NIRSAL’s support – have resulted in, amongst many other outcomes, 10% increase in output, new direct and indirect jobs created, 20% increase in capacity utilization, and 40% increase in financial performance.

Agro Traders Limited was established in 1991 and is into off-taking of cocoa beans for onward export to Europe. The company is one of the largest exporters of Cocoa beans in Nigeria, shipping up to 22,000MT of Cocoa beans annually, to reputable international players (e.g. Cargill, Transmar commodities, Naderland S.A, Noble
resources).