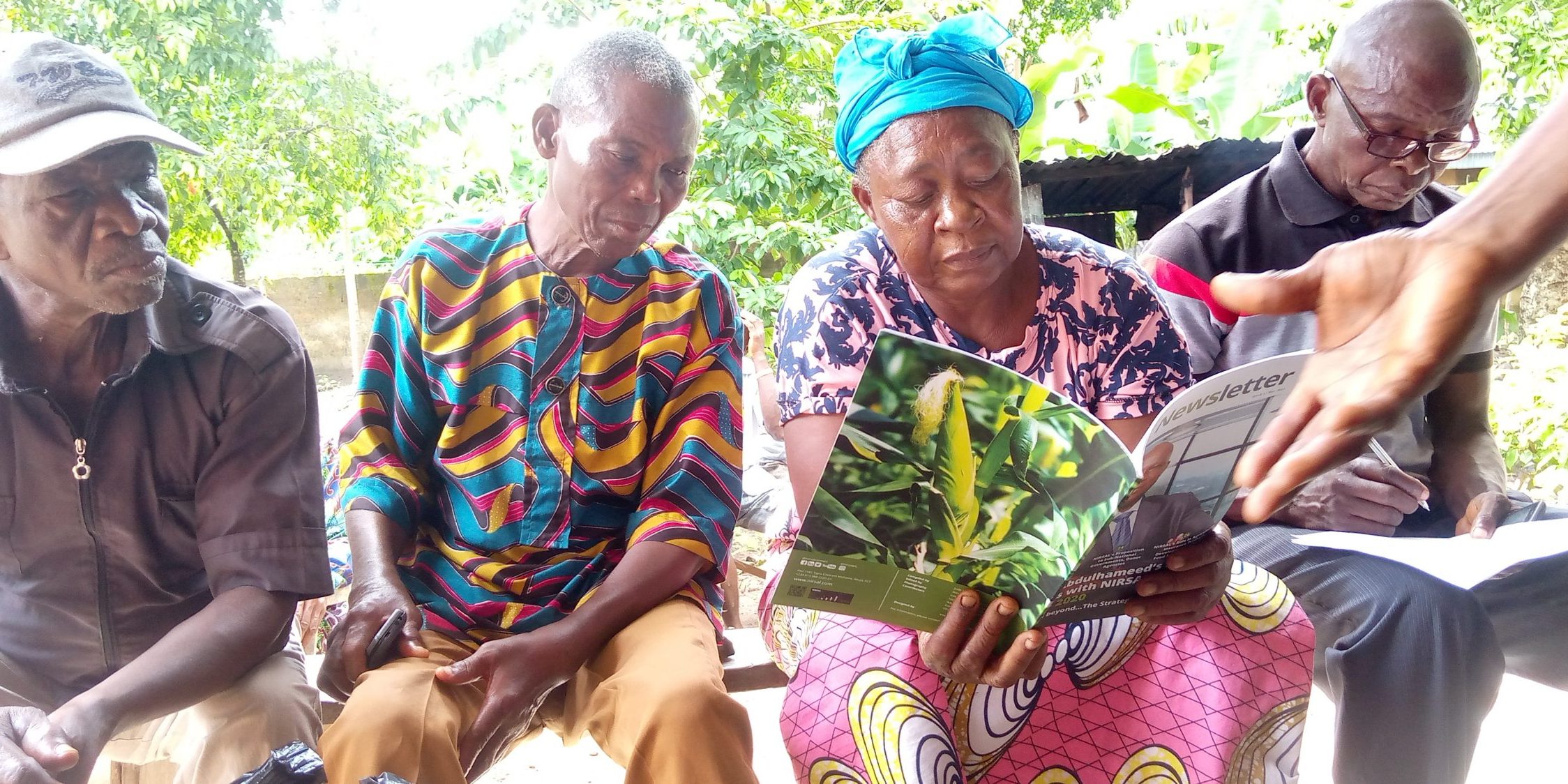 Only a part of the story of NIRSAL Plc’s impact in the Agricultural Finance Value chain is told by N128 billion facilitated for agriculture and agribusiness since inception. In the first place, there are boulders limiting access to finance for actors in the value chain. Creditworthiness, capacity to run a business efficiently, to grow and so on, all matter in the access to credit debate. Though potentials are abundant and markets vast, the entities seeking credit with which to convert potentials into sellable products must demonstrate the capacity to not only do so, but also to do it profitably.

To this end, NIRSAL Plc, through the Technical Assistance pillar in its mandate, is continuously working with partners to provide Strategic Business Support Services (SBSS), develop skills, capacities and competencies of stakeholders along the value chains of selected agricultural commodities. This was the case in locations across the country in H1 2021 as NIRSAL administered extensive technical training sessions to actors in the Fresh Fruits & Vegetables (FFVs), Ginger, Cassava, Aquaculture, Rice, Integrated Livestock, Maize, Oil Palm, and Beans value chains amongst others.

NIRSAL Plc’s commodity focus in states/regions is informed by the Agricultural Commodity Ecological Area (ACEA) map which it developed and obtained validation for from relevant research institutes. It believes that ACEA-compliant agricultural investments hold the highest chances for success. Accordingly, the Federal Capital Territory (FCT), owing chiefly to its urban consumer market, but also its savannah climate, is designated for Fresh Fruits & Vegetables amongst other commodities. Given obvious logistical challenges in haulage and preservation, FFVs are best grown as close to the markets as possible.

Following the identification of stakeholders and a Gap Assessment of the FFVs value chain in the FCT, intervention approaches were designed and implemented. The major approach being a four-week mentorship program for 144 persons using data gathered and facts analysed. It included in-class and field sessions. A Capacity Gap Assessment Report (CGAR) of the stakeholders in the segments was duly submitted to NIRSAL. As the intense engagement with FFVs stakeholders in the FCT unfolded, the same scenario was being repeated across the country.

Rivers State, with the Garden City as its capital, has comparative advantage in FFVs too, and in Aquaculture and Cassava. Rice, a commodity produced in every Nigerian state, was also under focus in the Rivers State exercise. Stakeholders were encountered in Rumuola, Wenpey, Aluu, Enekah, Elekahia, Eleme, Mgbuoba, Elelenwo, Igwuruta, Eliozu, and Rumuodomaya.

Typical of States with large urban areas and high volumes of rainfall, another FFVs state is Lagos. Stakeholders were met in the Kosofe – Ikorodu, Iyana – Iba, and the Lekki – Ajah axis. In Ekiti State, across Ado-Ekiti, Orin Ekiti, Ijero, and Ogbese Maize, Fish, Rice, and Oil Palm stakeholders, respectively, were met.

While the goals of the capacity development exercise are firmly in sight, it was beset with some challenges, including a general apathy towards learning or submitting to mentorship amongst agricultural value chain stakeholders. Whereas NIRSAL is intent on helping Nigeria transition from farming as a culture to agribusiness, many of the stakeholders encountered claim to have inherited agriculture from their forebears, and so are well versed in the practice and have no need for lectures or mentorship. For NIRSAL, access to commercial finance is a barometer for measuring the veracity of that claim. The claim is untrue – especially in the context of the modern economy.

Smallholder farmers’ insatiable appetite for grants and cheap credit suggest low technical capacity for transforming Nigeria’s vast productive potentials into raw materials for our yawning industries and food for 200 million mouths. Tragically, some of the stakeholders encountered want nothing but finance from NIRSAL, or at best expect disbursements to follow every exposure to training and mentorship. In some places, security challenges threaten production activities as local criminals jinx the economic sojourns of their states into the future.

For NIRSAL Plc, continuous capacity upgrade across Nigeria’s agricultural landscape remains a necessity. Sustainable access to commercial finance is in jeopardy without it. The risk management company employs the term social engineering to denote its efforts at reaching the last inch of the last mile and changing mindsets that are inimical to modern agribusiness. The emergence of strong rural economies and diversification of the national economy depends on the response NIRSAL continues to receive from agricultural value chain stakeholders as it traverses the nation.