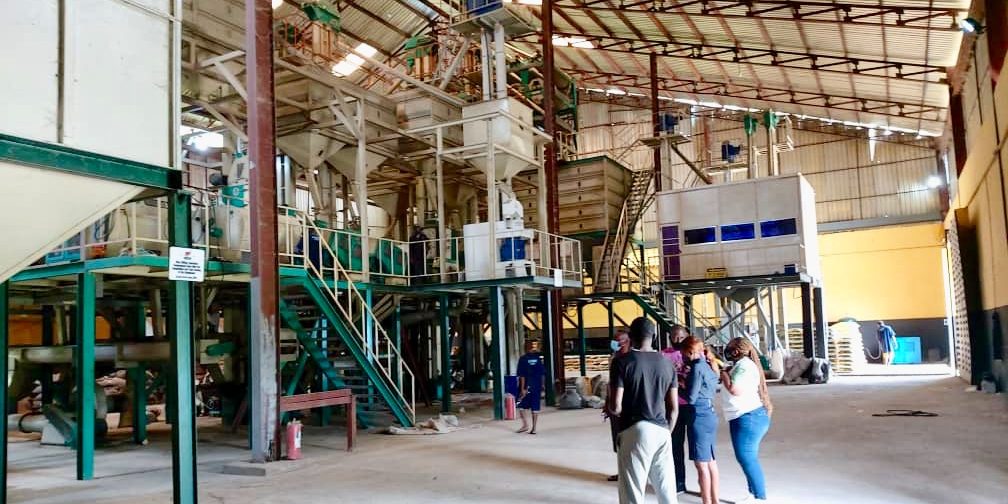 In carrying out its mandate of creating a stronger linkage between segments of Nigeria’s Agricultural Value Chain (AVC) and subsequent AVC-linkage to commercial bank finance, The Nigeria Incentive-Based Risk Sharing System for Agricultural Lending (NIRSAL Plc) has facilitated the flow of over ₦73 billion into Nigeria’s Agro Processing industry to date from various sources, including deposit money banks, development financiers, private equity investment firms and other financial institutions.

NIRSAL Plc’s support comes at a time in which developing economies are increasingly shifting from only producing raw materials to both production and value addition for increased economic activity, bolstering Foreign Exchange earnings and widespread social development.

Other beneficiaries of NIRSAL Plc’s finance-facilitation include pre-upstream, upstream and downstream AVC operators involved in Inputs Production and Supply, Mechanization Service Provision, Primary Production and Logistics. This feat, which has made a notable contribution to the Federal Government’s Agric promotion drive, was achieved through NIRSAL Plc’s effective deployment of its Credit Risk Guarantee (CRG) instrument.

The NIRSAL CRG is NIRSAL Plc’s core product used to share agribusiness-related credit risks with commercial banks and financiers by up to 75% depending on the segment that CRG applicants operate in; the riskier the farmer group or agribusiness operations, the higher the percentage of risk NIRSAL Plc shares. By protecting financiers and investors from possible losses in a credit transaction, NIRSAL Plc has built up their confidence to lend to players in the Agric sector, a sector once widely considered as a no-go area in finance circles.

Backed by the NIRSAL CRG, farmer groups and agribusinesses which before the introduction of the NIRSAL CRG, had found it difficult to secure loan approvals from commercial banks, now enjoy smoother approval processes for the loans they require to expand their operations, increase their profits and enhance their livelihoods.

To provide further support to Nigeria’s farmers and agribusinesses, NIRSAL Plc, through its Interest Drawback (IDB) scheme, goes the extra mile to reward diligent borrower behaviour through discretionary rebates of up to 40% of interest paid on NIRSAL CRG backed agribusiness loans. To date, NIRSAL Plc has paid out over ₦1.64 billion, thereby reducing the effective interest rate for borrowers with a good credit history.

Also critical in the creation of NIRSAL CRG-backed loans is NIRSAL Plc’s constant engagements with commercial banks and training of their officers. To date, over 4,250 bank officers have been trained on NIRSAL CRG guidelines and efficient Agric lending, resulting in a better understanding of the two, an improvement of banks’ disposition towards Agric lending and an increase in bank lending.

At the point of NIRSAL Plc’s establishment, bank lending to Agriculture stood at 1.4%. Since then, the NIRSAL CRG has contributed to this figure jumping to 5.4% as of Q3 2021.

As Aliyu Abdulhameed, NIRSAL Plc’s Managing Director/CEO continually points out, as a guarantor, NIRSAL Plc’s support positively impacts financiers, borrowers and the nation’s economy. While financiers are now able to confidently invest in profitable agribusiness ventures, agribusinesses who borrow from them can improve productivity and profitability, all of which generate much-needed local economic activity.

The injection of finance into the Agric sector through NIRSAL Plc has resulted in broad socio-economic growth. Agribusinesses have been able to expand their operations and increase their staff strength, with NIRSAL CRG beneficiaries attesting to a 20-60% increase in capacity utilization, productivity, number of markets served and sales value.

Specifically, NIRSAL Plc’s finance facilitation efforts have generated an additional US$2.5 billion worth of economic activity through agricultural products/outputs and other value chain economic activities, created 360,000 direct jobs and positively impacted the lives of 1.8 million Nigerians.

As a result of the success of NIRSAL Plc’s risk-sharing model, commercial banks have pledged a combined US$500 million to fund agriculture and agribusiness. Furthermore, NIRSAL Plc has been approached by other African countries to provide support for the establishment and implementation of Risk Sharing facility models in their respective countries.

NIRSAL Plc’s latest achievement also coincides with the development of the Nigeria Special Agro-Industrial Processing Zones (SAPZ) Program across the country to which NIRSAL Plc is offering its support. In line with NIRSAL Plc’s finance-facilitation mandate, SAPZ will mobilize private sector investment into the selected zones to enhance productivity and integrate production, processing and marketing of Agric commodities.