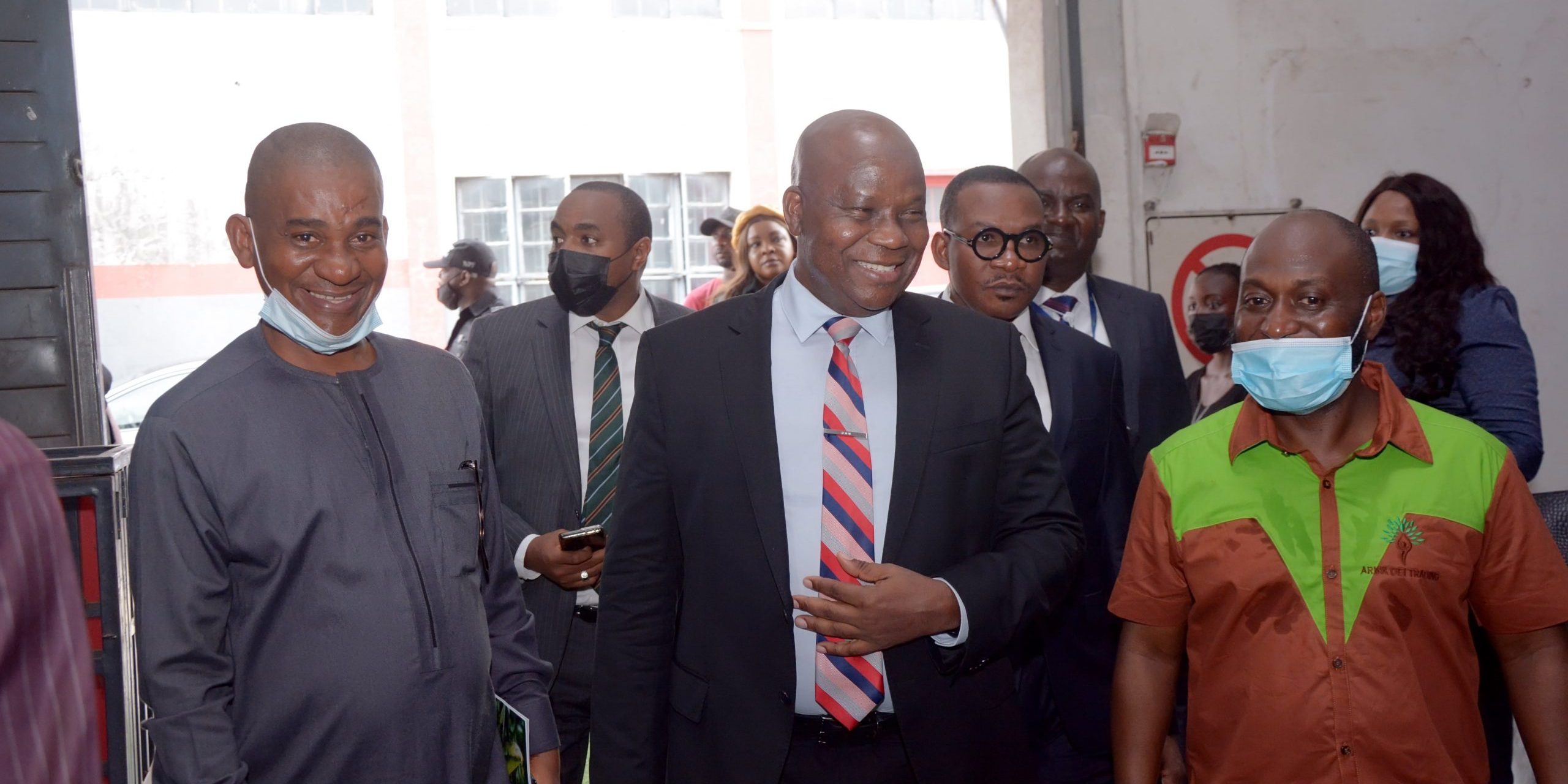 In a move that will help Nigeria benefit from the over $67 billion global cocoa market, The Nigeria Incentive-Based Risk Sharing System for Agricultural Lending (NIRSAL Plc) has provided ADT Russet Limited – a Cocoa Bean sourcing and exporting company in Lagos State – with 50% Credit Risk Guarantee (CRG) on a working capital facility of N1.15 billion.

Besides the absorption of a substantial part of its risk exposure in the event of loan delinquency, NIRSAL Plc is also providing efficient monitoring of the project which is aimed at boosting ADT Russet’s export volume to 4,000MT per annum.

By supporting ADT Russet’s operations, NIRSAL Plc is also indirectly creating a stronger market for the many cocoa farmers who supply their inventory.

A Special Purpose Vehicle (SPV) that was set up only in December 2019 by Arma Dei Trading Limited, ADT Russet Ltd. has leveraged NIRSAL Plc’s support to ship over 1,600MT of commodities to international markets, surpassing the numbers of its parent company which has been in existence for far longer.

Speaking during a tour of ADT Russet Ltd.’s factory in Apapa, NIRSAL Plc’s Managing Director/CEO, Mr. Aliyu Abdulhameed, noted that NIRSAL has provided similar support to another cocoa processing and exporting company in the South-West region, this time, in Akure, Ondo State. He said, “We are happy to yet again demonstrate our willingness and capability to support Agro-allied companies across the country to grow their businesses, engage smallholder farmers, and earn foreign exchange for the Nigerian economy.”

Also present at the tour of ADT Russet’s facility were the Managing Director of the company, Mr. Charles Eteri, and members of his management team; Mr. Olaniran Olayinka, Managing Director of Keystone Bank and his team, as well as staff of NIRSAL Plc’s Project Monitoring, Reporting and Remediation Office (PMRO) in Lagos State who are promoters of the project.

Mr. Charles Eteri commended NIRSAL for its unique role in supporting serious-minded business firms whose operations are contributing to Nigeria’s quest for economic growth and diversification. He said that his foray into agro exports have been successful, and the potentials for growth owing to NIRSAL Plc’s innovative support are enormous. He was effusive about NIRSAL’s value chain approach to agribusiness financing, pledging to contribute to the sustenance of the cocoa value chain by dealing fairly with the smallholder farmers who supply his inventory.

Speaking for Keystone Bank, Mr. Olaniran Olayinka opined that Deposit Money Banks do not need to be coerced into financing agriculture, insisting that structured value chains and de-risked projects would naturally, and on their own merit, attract any profit-seeking business entity. He added that where there is a strong intention to support national priorities, like in Keystone Bank, de-risked and structured agribusiness projects become an even more compelling business proposition.

The tripartite relationship between NIRSAL Plc, ADT Russet Ltd. And Keystone Bank is part of the growing outcomes of NIRSAL Plc’s high-level engagements with Deposit Money Banks, Merchant Banks, Finance Houses, MDAs of Government, and local and international Development Finance Institutions (DFIs), wooing them into an agriculture/agribusiness space that is witnessing paradigmatic changes on account of NIRSAL’s work.

Over the years, the risk management institution has facilitated the flow of more than N150 billion into agriculture from multiple sources. At least N124 billion of that sum came from commercial banks who leveraged NIRSAL’s Credit Risk Guarantee (CRG) facility in addition to investing in de-risked, structured, and well-monitored projects to make high investment returns.

While NIRSAL Plc relies on the high level of control afforded it by its innovative value chain solutions as a safeguard for its risk exposure, the banks rely on same, in addition to the CRG facility for the safety of their financial investments. According to the value chain segments where projects are situated, NIRSAL’s guarantee cover on bank loans ranges from 30% to 75%.

Granting these Credit Guarantees to agribusinesses that meet its requirements is NIRSAL Plc’s routine operation for which no fanfare is required, however, the ADT Russet project is crucial to its running strategy of expanding its portfolio in the South-West region. Being a major hub of Nigeria’s finance sector, it should be easy, NIRSAL believes, to create a firm handshake between finance and agriculture in the region as an example for the rest of the country. Expectedly, testimonials from NIRSAL’s tentacles in the South-West are strengthening its push for a more impactful handshake between the sectors countrywide.

NIRSAL Plc favours the value chain approach to financing agriculture. The pull and push power of the Midstream segment – where ADT Russet operates – can gainfully impact Pre-Upstream and Upstream operators, as well as Downstream markets. Thus, by financing ADT Russet, suppliers of seeds, agro-chemicals, and services on the one hand, and cocoa farmers on the other, are economically activated. Overall, a marked increase in output, capacity utilization, financial performance, and new direct and indirect jobs are expected from this project.